The Power(s) of Social Media: Good or Evil? 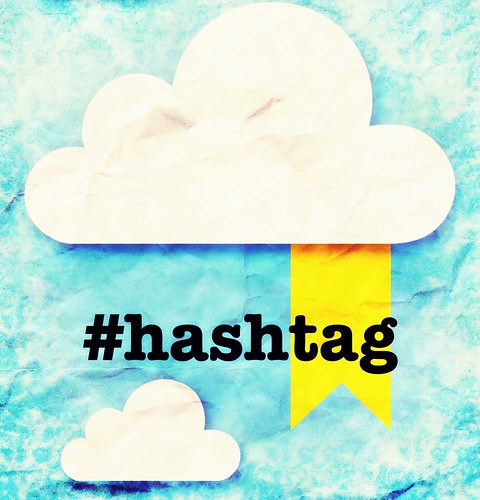 I'm a defender of the purity of languages. I'm old school, I know, and I'm a professional translator on top of it so I've learnt that it's important to use the right words in the right place. I've always loved languages – and I'm not talking about html or Java – and I love the subtleties of each language, which you get to know only with fluency. But I am fully aware that languages are alive and keep evolving, for better or worse.

When it comes to IT, things are a bit different. If we say that the first functional programmable computer was the Z3, invented in 1941, then in the past 72 years, thousands of new words have been created and new meanings have been given to existing words. All these new words, from computer and Internet to webinar or wiki have been added to our vocabulary.

Not long ago I was on a train and a teenager spent the whole journey chatting away on her phone, sharing details of her break-up with the whole carriage. When her friend apparently didn’t have the reaction expected, the chatty girl ended the conversation with “hashtag s**t friend”.

I do not know any English-speaking teenagers, which explains why I have been spared so far by what is, to me, a monstrous use of a word (not the swearword, the #). I feel about “hashtag” the same way as I would if someone used “dash”, “hyphen” or “question mark” in a sentence: “I was out the other day, dash, it was sunny, dash, and someone question-marked me, where are you going?”. There, now you see how I feel.

I do know that “LOL” has become a verb for instance but I won’t use it, and the use of # as an adjective took me by surprise (or would that be an adverb since it qualified how good a friend the interlocutor was?). Is it one of the reasons why Facebook has now introduced hashtags? Because people were using them anyway?

Don’t get me wrong, I really like social media, even if I’d rather social media words didn’t leak into everyday language, when we have perfectly good words to use instead. Social media gives you insights like never before on some events and into the minds of tweeters; when used properly and cleverly it gives amazing results. For instance the Spanish police have reached 500,000 followers and their presence on Twitter has allowed them to gain the trust of their fellow citizens, who helped them arrest drug dealers, among other things.

When you follow the right people you get to be the first to know things; you can have all the information on the latest product releases by following someone attending the announcement keynote of said products, and you can be aware of news before they make it to the newspapers. The last two events I remember becoming aware of within 20 minutes of their happening aren’t happy ones, since they’re the Boston Marathon bombings and the Woolwich attack. The reaction of the online community to the Boston Marathon was objectively amazing. You could live the event as if you were there, feel the emotions of the people there. Even if you did get some false information, what transpired was the ability for marathon runners to tell their families that they were alive, and for emergency services – and fundraising - to get organised quickly. I followed everything from my home in the UK, in real time. Although it wasn’t a happy event, it was fairly amazing and astounding to live it in real time.

Celebrities also enjoy the direct contact with their fans on Twitter, without having an agent checking their every move. It’s a great way for celebrities to share their lives when they want to, and share pictures on Instagram for instance, and it’s amazing for fans who get the chance to feel closer to their idols. It’s also the perfect way for celebrities to stay ahead of tabloids.

What NOT to do on Social Media

Misusing social media can give a serious blow to your credibility, and it’s important for brands to use Twitter, Facebook and such with common sense. People who see big brands offering to give money to a good cause in exchange for Shares and Likes can rightfully take it the wrong way, as it means that if you don’t like them they don’t give money to a good cause. The Facebook ad of a condom brand advertised for instance “1 share, 1 condom”, which could mean, no share, no protection against AIDS. Thank you very much. This was a clumsy advertising tactic, but what is worse is undoubtedly businesses trying to use tragic events for commercial purposes, such as an American clothing designer saying that the riots in Egypt were an “uproar” because the population had heard of his new collection… Will social media screw-ups stop happening some day? We’ll see!

I know good SEO goes hand in hand with social media and Newsjacking is an SEO strategy, but please, if you don’t have anything clever to say, avoid commenting on the news, especially when they involve tragedies. If you have found lighter misuses of social media, we’d love to hear from you, don’t hesitate to comment, or get in touch with us on our Twitter, Facebook or Google+ page!